For 30 years Merry Watson served as a guidance counselor in Chicago’s suburbs and inner-city school districts. Her role blurred the lines between parent, teacher, and college admissions representative—and she loved it. Raised in a family with nine brothers and sisters, her instinct was to choose a career that would help people, so when her college psychology professor suggested she would make a good guidance counselor, everything clicked. “I’ve enjoyed working with students who are at-risk,” Merry said. “It is a labor of love.” 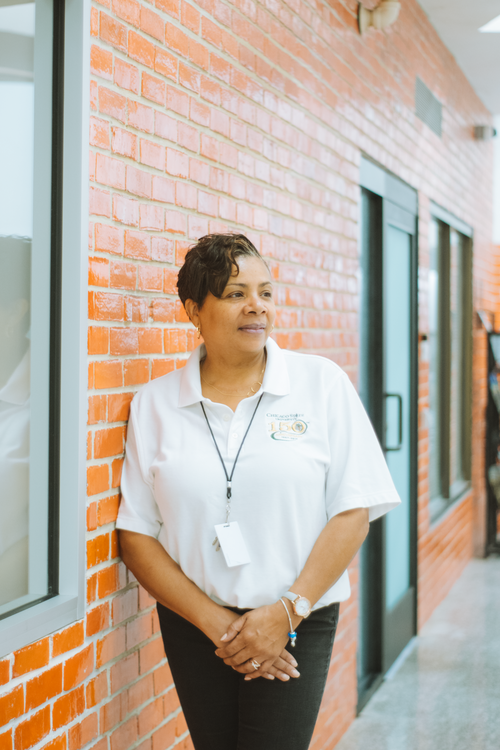 When Merry’s daughter made the decision to move to Texas after graduating from the University of Missouri in 2018, Merry felt a tug to follow. “It is as if my steps were ordered,” she shared. She made the move to Dallas and began the process of transferring her school counseling certification. In the meantime, Merry worked for Richardson ISD as a substitute counselor and language arts teacher. But her path took a turn when a colleague mentioned that a nonprofit called Café Momentum was looking for a teacher for its interns. Several days later Merry’s sat for the Texas counselor certification exam, and that same afternoon she met with the Café Momentum team to learn about their new education program.

Now, after almost a full semester as Café Momentum Education Coordinator, Merry has found her stride. The Café Momentum Home School serves 20 students who are part of the Café Momentum internship, a Dallas-based restaurant and culinary training facility designed to transform at-risk youth who have come in contact with the Dallas County Juvenile Justice system. Café Momentum offers more than just employment, and is focused on providing wrap-around services so young adults are able to rebuild their lives. “With the population of kids we serve, we are working to make education accessible to them without giving them a hiccup to overcome,” explained Merry. For young adults who have been incarcerated, traditional schools often represent past hardships, so the education program at Café Momentum is set up to help its students get un-stuck from old mindsets. 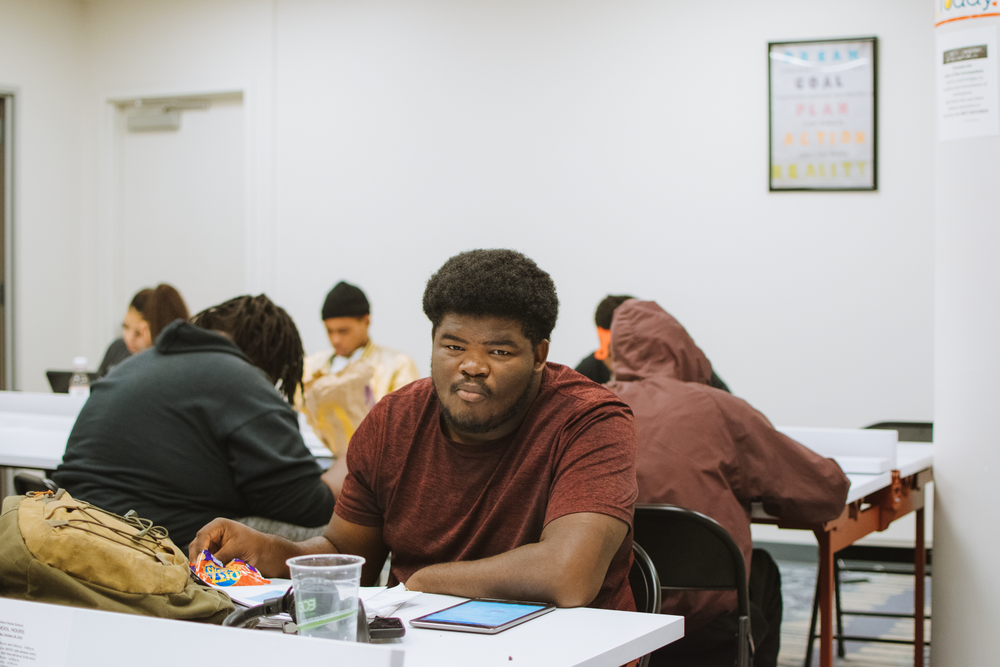 The Café Momentum Home School takes advantage of the Penn Foster online high school program. Each student is evaluated to see how many credits they have left to graduate, and Merry comes up with an hourly class plan to reach their goal. The classroom is open 17 hours a week so that students can have guided study time before shifts at the restaurant. Just across the street from the Café Momentum restaurant on Pacific Avenue, the home school program is a safe place for students to learn how to learn. “I am focused on students’ study skills and helping them prepare for class exams,” Merry said. “We print out lessons, highlight key topics, and take notes on what they don’t understand.” 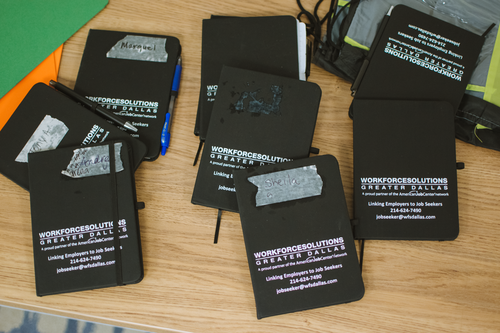 Working on tablets donated by Workforce Solutions of Greater Dallas Retail Pay$, students study independently for each course and check in with Merry at each section. “I see a bright future for these students and this program,” Merry said. “But as more students come, we are going to need more tutors.” Right now, Merry’s day is filled not only with tutoring and instruction, but also arranging graduation ceremonies, planing staff/student volleyball games, designing a yearbook, and looking for the best higher education options. She takes a no-nonsense approach in the classroom, evident by the swear jar on her desk, but she also sees her role as a classroom mom, making sure that students get enough rest. 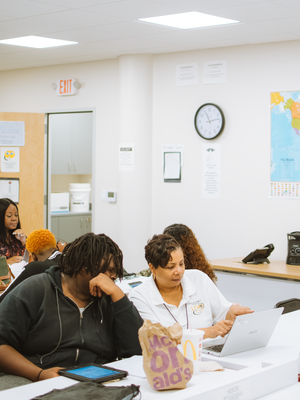 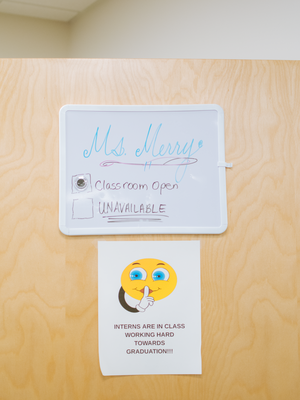 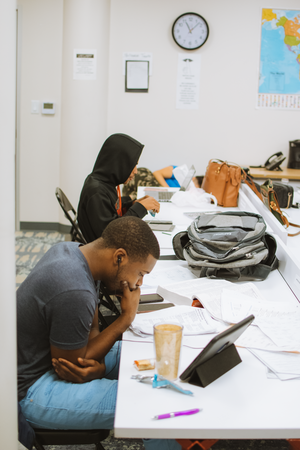 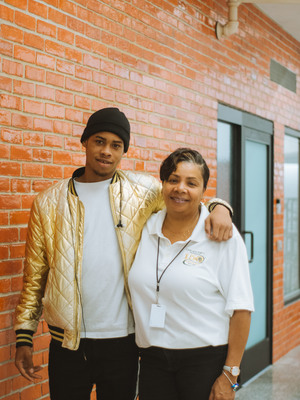 In January two students are set to graduate from the Café Momentum Home School with their high school diplomas, and more will don a cap and gown in the spring. As Merry leads the new home school program, she sees it as a holistic piece of the larger Café Momentum mission. “Together we are helping these students learn to make better choices and see how every choice impacts future outcomes,” Merry shared. With a fresh set of study skills and a high school diploma in hand, the world opens up to young adults who were once considered un-teachable. Their success may not take a typical path, but with the right support, each Café Momentum student is finding a way to learn.

If you are interested in volunteering as a tutor for the Café Momentum Home School, you can email Merry Watson at merry@cafemomentum.org.

If you know someone who is Doing Good in Dallas, we’d love to hear about it! Share their story with us.