“My priority in social innovation must center around creating ideas for lasting change,” Chad Houser says. It’s been a busy year for the English lit major turned chef, restaurateur, and nonprofit founder—a winding path that prepared him for where he is today. There are no shortcuts, he says. 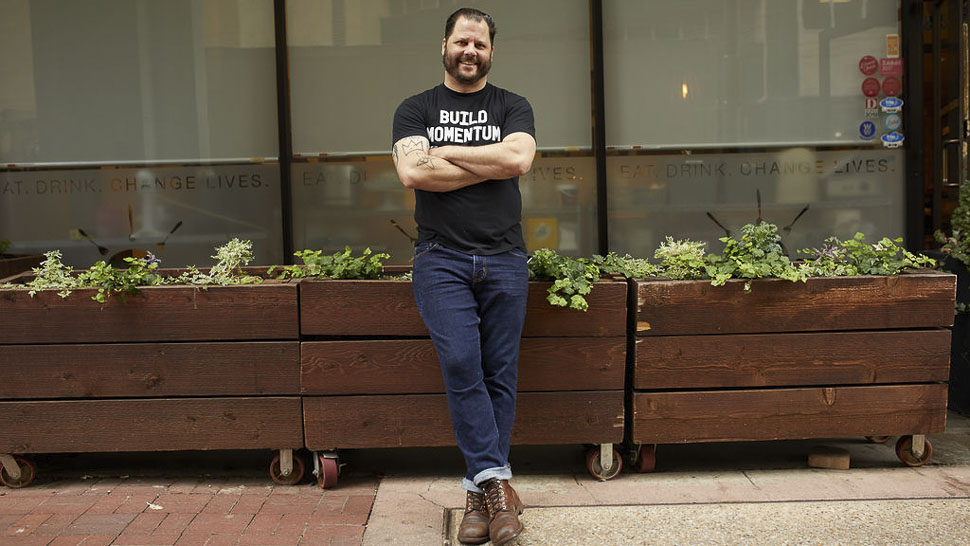 Houser, the creator of nonprofit restaurant Café Momentum, helps transform the lives of at-risk youth caught up in the criminal justice system through employment. Now, Houser is taking the concept nationwide.

Recognized for his Dallas restaurant with a mission, Houser launched the Momentum Advisory Collective (M.A.C.) to scale its model last year. The plan? The advisory would open new locations based on Café Momentum’s successful progam that offers living wages, culinary job training, and holistic support to young men and women coming out of juvenile facilities,

The Stand Together Foundation, an Arlington, Virginia-based organization dedicated to ending the cycle of poverty by partnering with other nonprofits, donated $1.9 million to the effort.

With a goal to open restaurants and community service centers in 10 markets over five years, M.A.C. aims to decrease the number of youth lost to the cycle of incarceration. Shifting the model for juvenile justice in the U.S. could save between $8 to $21 billion per year, Houser says.